Winter entered stealthily on snowy-white, velvety-soft paws. And with it came, not only snowflakes and magical ice crystals, but also many beautiful events rooted in rich tradition. We went and took a look at a few of them.

Actually, we hear them long before they come into view. With their loud jangling bells and blood-curdling snarls, you certainly can’t claim the Untersberg Krampuses don’t give you plenty of notice. Next to us, a little boy is doing his darndest not to be noticed, tucked away secretively behind mom. Only a tad bigger than him, a girl anxiously shifts her weight from one leg to the other. Her eyes sparkle, probably with a mix of excitement and trepidation, as she whispers urgently to her dad: “Look, papa, they’re coming! Over there!” We look in the same direction as well – and she’s right, of course: Above the heads of the spectators, none of whom, like us, could resist the spectacle of the Krampus parade, we see the first elaborately curved horns glimmering in the light. Stirring up a cacophony that gives new meaning to the word “din”, the first Krampuses and witches make their way past us, flaunting their shaggy pelts and rattling the bells that hang from their sides. The little girl next to us takes one brave step forward so she can see what’s going on better. But in the blink of an eye, there stands a fearsome Krampus – with a particularly ghoulish, though admittedly ingeniously carved wooden mask – looming right in front of her, barely a nose-length away from the startled face of the poor young lass. With a squeak of surprise, she leaps back into the protective arms of her father. But after the initial shock has subsided, a smile spreads quickly back across her cheeks and she claps her hands out of pure excitement. Parades featuring Krampus and Perchten look back on a deep tradition – a folk custom which, in this form, can only be experienced this authentically in the Alpine foothill regions. Every year from the end of November until the beginning of December, these wild creatures get up to all kinds of mischief in the streets and back lanes of Salzburg City, too. On Krampus Day, on the fifth of December, it’s hardly surprising that the calendar is chock-a-block with these unsettling parades.

And since we happen to be on the subject of “wild creatures”: These parts are home to yet another ancient custom, the “Wild Hunt from the Untersberg”. Members of a heritage group known as “Jung Alpenland” gather every year on the second Thursday in Advent at a secret location – generally a remote farmhouse. This “Wild Hunt” traditionally consists of a group of twelve figures, though you actually require thirteen people de facto, since one of those figures – the so-called Habergoass – is brought to life by two people. Many mystical figures plucked from the Alpine foothills are represented in this hunting party, including Death, the leader of this ghostly procession, as well as Vorpercht and the Moosweiberl. This eerie assemblage then roams the countryside, along paths and through fields, from farmhouse to farmhouse. Once at the front door, the Vorpercht intones an ancient saying: “Glück hinein, Unglück hinaus, es zieht das Wilde Gjoad ums Haus!” (essentially, “May good fortune enter and misfortune depart, the Wild Hunt patrols the grounds of this house!”). As you might guess, the procession was believed in former times to bring fertility, happiness and blessings. In old books of legends, you can actually read numerous accounts of the “Wild Hunt” dashing across wintry meadows and pastures. Especially in the area between Wals, Grödig and Leopoldskron, people are reputed to have heard “the real thing” on numerous occasions. According to one legend, this ghostly procession was made up of fallen soldiers who were unable to find eternal rest. A spine-chilling howling is also said to have accompanied their wild ride across the night sky. Once thing is for certain: If you are ever fortunate enough to experience the “Wild Ride from the Untersberg” in person, it’s definitely something you won’t soon forget.

Things take a far more peaceful turn when it comes to “Salzburg Advent Singing”. As we do every year, we picked up our tickets early – this festive performance in the Grosses Festspielhaus is always guaranteed to be one of the hottest tickets in town. Some 36,000 people from 38 countries come annually to listen to the beautiful music. “Salzburg Advent Singing” even gave birth to a genre all its own, with around 150 musicians, actors and “shepherd children” participating. Before things get going though, we take full advantage of the opportunity to warm up our fingers and tummies with the help of a toasty mug of mulled wine enjoyed amid the enchanting decorations and market stands of the Christkindlmarkt. But then it’s finally time to take our seats. And we are enchanted from the very first note that is played. The Festspielhaus is bathed in subdued lighting that reflects the spirit of the season, while the voices of male and female singers are joined in perfect harmony. Sometimes it seems as if we have materialized in a whole other world, with the infamously hectic preparations for Christmas Day simply locked outside in the cold. As Advent Singing gradually draws to a close, two singers begin to perform what is probably the world’s most famous Christmas song. The notes of “Silent Night!”, accompanied only on the guitar, wrap themselves around our souls like a cozy blanket. Beautiful. And we couldn’t be more certain: Next year at this time, we will attend one of the area’s “Advent Singing” events once again – be that the iconic “Salzburg Advent Singing” at the Grosses Festspielhaus, “Salzburger Advent®” at St. Andrew’s Church, “Salzburg Shepherds’ Advent” in in the Great Hall of Salzburg University, or “A B´sondere Zeit” at the Mozarteum Foundation. “Salzburger Turmblasen” also boasts a long tradition, with the sound of brass music echoing off the walls flanking the Residenzplatz during Advent season. It began in 1952 with Tobi Reiser, continuing to draw countless guests and locals during the run-up to Christmas. What a great experience it is when (every Thursday and Saturday during Advent), from three towers around the Residenzplatz the best brass musicians in Salzburg show off their festive repertoire.

One of the truly beautiful winter traditions in Salzburg, which always takes place in January, is the so-called Glöcklerlauf. This folk custom is also brought to life by the members of Jung Alpenland, on the evening of 5 January, in other words, the last of the Twelve Days of Christmas. The Glöcklerlauf actually originated in the Salzkammergut region of Upper Austria, while it has also been a part of Salzburg’s own festive traditions – with just a brief hiatus – since 1927. The Glöckler is a spirit of light, assigned to a group of spirits known as Schönperchten. It is said to drive away the evil spirits of winter. What makes Glöckler so unique is their artistically designed headdresses made of wood and tissue paper, beautifully illuminated from the inside. Needless to say, these Glöckler, who are otherwise dressed in white true to custom, make for a colorful nighttime sight. An impressive spectacle indeed, and a beautiful folk tradition that gets us in the perfect frame of mind for the still-young new year ahead of us.

A Salzburg Original: the Mozartkugel 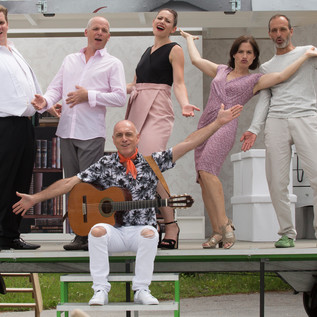 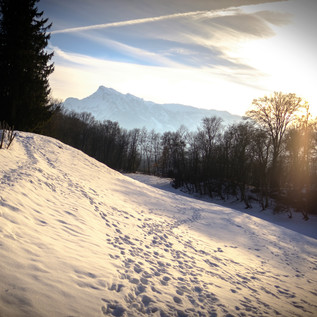 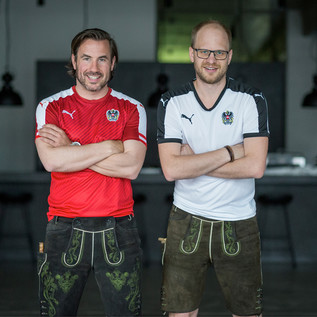 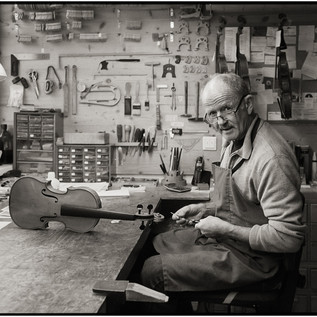 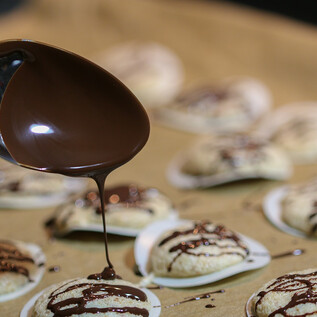 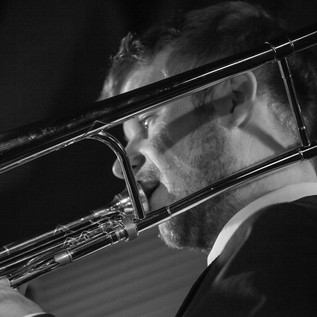